The Pisonis know the Salinas Valley and the Santa Lucia Highlands the way John Steinbeck knew Cannery Row: inside out, with the abiding affection born of deep familiarity. Settling in the Salinas Valley in 1905, just four years after Steinbeck’s birth in Salinas, the Pisoni family’s work with and on the land Steinbeck’s novels foreground developed in tandem with his writings. In 1952, when Steinbeck published East of Eden, a novel set in the Salinas Valley, Jane and Eddie Pisoni established Pisoni Farms in the same locale. And so the family that would eventually become known both as farmers and vintners became instrumental in growing lettuces, cauliflower, and other vegetables in the place Steinbeck called the “Valley of the World.”

It seems particularly fitting, then, as well as a marvelous honor, that the Pisonis were selected this past year for induction into the Hall of Fame at Salinas’s National Steinbeck Center. Each year, the Center chooses three significant figures in the Salinas Valley Agricultural industry—Ag Educator, Ag Leader, and the Hall of Fame—as recipients for its Valley of the World award. In naming the Pisonis for this distinction in 2021, the nominating committee cited all three generations of the family: Jane and Eddie as founder-farmers in the Salinas Valley; son Gary’s gamble to transform the hard scrabble earth in the highlands his parents purchased in 1979 into a celebrated site yielding spectacular wines; and the third generation, Mark for continuing the family’s work supervising the produce operation and the estate vineyards, and Jeff, the family’s full-time winemaker, for overseeing the crafting of Lucia and Pisoni Estate wines as gorgeous expressions of the family’s land. The committee also called attention to the family’s work with the community over the course of many decades.

This spring, you can celebrate alongside the Pisonis with a glass of 2020 Lucia Santa Lucia Highlands Chardonnay, 2020 Lucia Soberanes Vineyard Chardonnay, or with the 2021 Lucy Rosé. The family holds itself to particularly exacting standards, and they have chosen not to release any 2020 red wines.  Wildfires that went through the area can impact the fruit, but only the reds. Jeff explains, “the smoke compounds end up in the skins of the grape. This affects red wines because they ferment on their skins, whereas white and rosé wines do not.”  Consequently, the family will release a limited number of library wines from past vintages to help enrich the range of their distinctive and distinguished offerings for spring.

The rain and sun and wind Steinbeck evoked so expressively in his novels about Monterey County have informed the lives and work of the Pisonis throughout generations. As farmers, the Pisonis are as skillful in studying the weather as was Steinbeck. Indeed, California’s fire season is something grape growers and vintners now watch for and to which they adapt. When fire broke out in the Santa Lucia Highlands in 2020, Mark was key to connecting with fire agencies, pointing out where and how they might negotiate the steep hillsides to get their trucks close to the fire lines.

Thanks in part to Mark’s unstinting vigilance, the vineyards at Pisoni remain unscathed by wildfire. Alongside him, brother Jeff’s mastery in the family’s Sonoma County cellar has made the 2020 Chardonnays a vintage to remember. Take a sip, and you’ll find yourself transported to a place where windy hillsides and fog-swept skies worked in concert with sandy loam and rocky terrain to create layered expressions of one of the most dramatic seasons in Monterey County history. Or taste your way through the library wines to be immersed in other memorable years from our Estate Vineyards in the Highlands. Each time Mark and Jeff uncork one of these bottles, they, too, are brought back to their history on the land.

The Valley of the World recognition allows the brothers to celebrate the first generation of farmers who have made their own work possible. “Our grandparents were always warm and welcoming,” Jeff remembers. “Eddie would’ve loved receiving this honor,” Mark notes. “He would have felt like we’re in excellent company with this award. Many of those who have received it are very large operations, so it’s a real compliment for us at Pisoni to be recognized in this way.”

“Muscles aching to work, minds aching to create: this is man,” Steinbeck wrote in The Grapes of Wrath. The description could apply perfectly to Eddie Pisoni. Jeff recalls Eddie as “serious and very kind and tremendously hard-working.” Eddie’s wife Jane, on the other hand, is as witty as her husband was quiet, and a whiz at math. After working at a local bank, she took over the books of Pisoni Farms and remained in charge of the accounting for decades. She shares her love of gambling with her son Gary, if in another arena. While Jane could play a mean hand at a Las Vegas blackjack table, Gary placed his own bets on the Santa Lucia Highlands. First, he needed to figure out where to plant his vines in land Steinbeck wrote of, and then to learn just where to find water. Gary dug a working well on his sixth try. The rest, as they say and the National Steinbeck Center’s award beautifully reminds us, is history.

Hailing from two of the most renowned sites in this narrow, maritime influenced AVA (61% Soberanes Vineyard and 39% Pisoni Vineyard), the 2020 Lucia Santa Lucia Highlands Chardonnay harnesses its differing origins to maintain an unmistakable, yet delicate tension. Flaunting its youth through a radiant straw hue, this Chardonnay is true to its roots, as the high elevation rows at the Pisoni Vineyard leave their mark with powerful notes of white peach, red apple skin, and toasted brioche. With added richness comes needed restraint, and the Soberanes Vineyard completes the balancing act with its classically mineral-driven undertones. These boulder-laden soils have created notes of crushed rock, Meyer lemon tart, and crisp pear. Acting as the center of balance, vibrant acidity and layered complexity make these two distinct sites one, and the result is a wine that will continue to amaze for years to come.

The 2020 Lucia Soberanes Vineyard Chardonnay will stake its claim as a stunning example of what meticulous farming and winemaking practices can produce in a notoriously challenging vintage. Youthfully tinged with shades of green around its rim, this wine possesses a richly colored core. Hesitant at first to reveal its true aromatic profile, this Chardonnay comes to life with each fleeting moment. It boasts classic chalky notes of crushed rock and wet stone that are intrinsic to this dynamic site, while aromas of peach, orange blossom, and candied lemon peel fill the air. Benefiting from slow yet persistent fermentation carried out by indigenous yeast, this wine has pure and unmistakable notes of crisp pear and Ambrosia apple that become the focal point as it surrounds the palate. Distinct mineral-laced undertones and noticeable salinity from the coastal influences of this site pair beautifully with its volume and richness. On the finish, this fruit-driven density and concentration is speared by vibrant acidity then wrapped in a complex texture born from minimal battonage through the 15 months of peaceful sur-lie slumber.

Refreshing in more than just its dazzling effect on the senses, the 2021 Lucy Rosé of Pinot Noir is a welcome gift from Mother Nature. Sporting shades of coral and ruby grapefruit as its edges catch the light, this rosé mirrors the distinct balance of land and sea that is showcased through the coastal influences of this appellation. Delicate and undoubtedly fragrant, notes of candied strawberry, fresh watermelon, and rose petal mingle with noticeable wet stone and sea air aromas. Bright flavors of cranberry, nectarine, and blood orange are extracted through extremely gentle pressing, limited skin contact and careful oxygen management. Neutral French oak barrel aging and exuberant acidity create a rosé with unmistakable complexity and fuel an irresistible urge for a second glass.

With lifted aromatics of lemon oil, orange blossom, and green apple on the finish, this wine comes to life with a flawless balance of fruit, density, and length.

Inky purple to its essence, this Syrah explodes with savory notes of black peppercorn, cedar, anise, and bacon. The softer tannins will age beautifully for over a decade in the cellar.

This Pinot Noir harnesses the rich, spicy, and floral notes for which this site is famous. Early morning fog and brisk, windy afternoons have preserved its refreshing acidity.

The Pisoni Family is Recognized
with Valley of the World Award 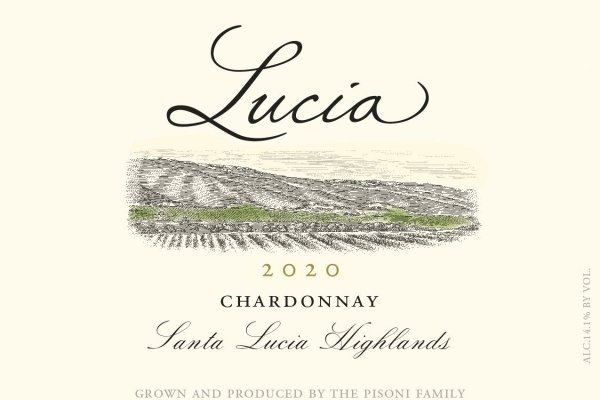 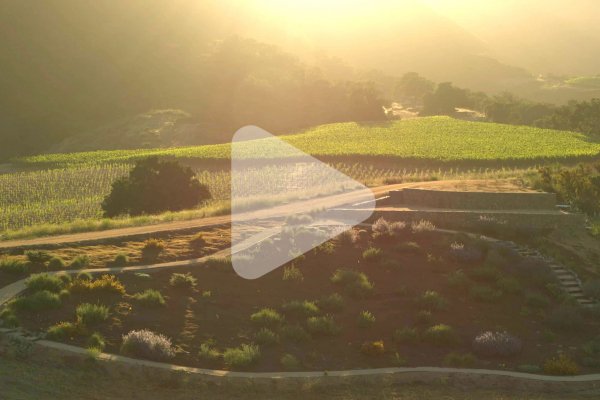