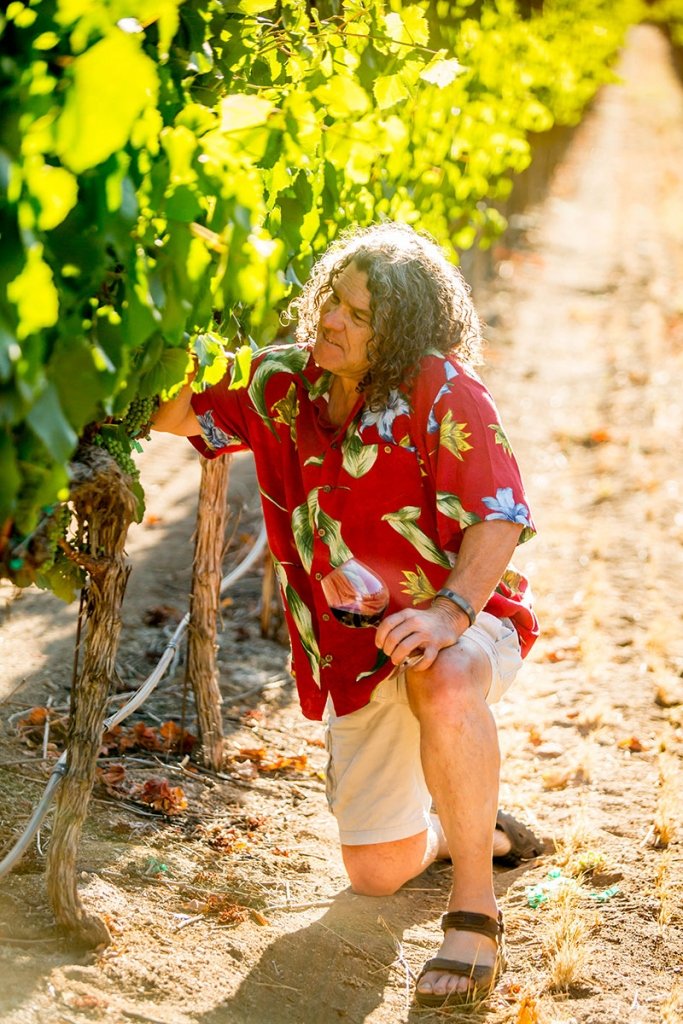 Wine of conquerors and kings, pinot noir’s lineage is as illustrious as the Roman senators and Burgundian dukes who made it their favorite drink. Older than the Roman Empire, its bloodlines run in tandem with the high points of western achievement. Cato the Elder might well have toasted a successful speech in 195 BC with this wine’s ruby-colored elixir. Virgil could have savored its elegant finish after completing the Georgics in 29 BC, his long poem honoring agriculture and the bucolic life. Nor was this ancient varietal neglected when the Roman Empire reached collapse. Rather, pinot noir was maintained on vines for medieval nobles and clerical elites, and cellared in the chateaux of Valois dukes who praised its preeminence as a mirror to their own.

And yet in the New World as in Burgundy country, this most distinguished of wines is almost impossibly difficult to coax into being. “God made Cabernet Sauvignon whereas the devil made Pinot Noir,” quipped André Tchelistcheff, the celebrated winemaker who helped define California wine styles after Prohibition. In truth, pinot noir is not called “the heartbreak grape” for nothing, as Marq de Villiers demonstrates in his book of the same name, an account of Josh Jensen’s struggle to grow this grape in the Gabilan Mountains not far from the Pisoni family’s own Santa Lucia Highlands vineyards.

“… it is granted to few to discern what the very diversity of land and the nature of each soil may deny us, or what they may promise us,” Lucius Junuis Moderatus Columella wrote of winemaking two millennia ago in Res rustica, the foundational work on agriculture and viticulture he penned while Augustus Caesar ruled Rome. Now as then, it takes a certain soulfulness to “discern” what a particular soil can provide. And it takes a true romantic to decide what kind of acreage offers the best chance at growing pinot noir.

More than a few winemakers might have thought Gary Pisoni was tilting at windmills when he drilled so many wells through the densely-compacted granitic soil of the Santa Lucia Highlands in search of water. But Gary, who possesses heart and soul in spades, trusted his own instincts about what the land could provide rather than following the dictates of chemistry or the predilections of fashion. And water did eventually gush up past the drilling rig—on the sixth try. Possessed of the courage of their convictions and not a little quixotic spirit, Gary and sons Jeff and Mark continue to work toward the perfect pinot, block-by-small-named-block.

Most winemakers number sections of their acreage, but the Pisonis dignify the symbiotic relation between the land and those who cultivate it by endowing each area with the title that best befits it. One plot pays tribute to Gary’s mother. Another honors vineyard supervisor Mario Reyes Angel, a part of Pisoni’s small crew for over twenty-three years and who currently helps oversee the continuous “sculpting of the vines” during growing season “through shoot removal and positioning, fruit thinning, green fruit dropping and leaf pulling. The resulting Pinot Noir fruit,” Rusty Gaffney of PinotFile commented in Volume 8, Issue 2, “is among the most highly prized in California.” Remarkably, each of the small blocks distinguished and named by the Pisoni family produces a pinot noir with distinct characteristics and a unique flavor profile—one more indication of just how fastidious and sensitive to its environment pinot noir remains.

“Any grape, grown well, is hard to cultivate,” Jeff notes. But bringing the delicate aromatics of pinot noir into being can seem like wizardry. There is mystery in growing this varietal, which “remains the wine that most serious winemakers want to make—and most serious winemakers want to drink,” Marq de Villiers reminds readers in The Heartbreak Grape. The Pisoni family understands firsthand the degree to which the land dictates the fruit. They are reminded of this daily—especially in challenging growing years like 2015, when this low-yielding grape became even leaner on the vine. And still, this wine provides the Pisonis with as many satisfactions as difficulties, not only for its pure hue and elegant finish, but because it tells the story of the fog-shrouded, windy hillsides that make it possible.

We are honored to share Jeb Dunnuck's reviews, which were recently published on his website, JebDunnuck.com. Formerly of Robert Parker's Wine Advocate, Mr. Dunnuck's new online publication offers comprehensive coverage through regional reports and reviews of the top wines of the world. Of the 2015 vintage, Dunnuck writes:

This is a seriously impressive chardonnay ...

A thrillingly complex, nuanced Pinot Noir I wish every reader could taste ...

The Hermitage (or Cornas?) of California ...

The 2015 Pisoni Estate Chardonnay is exuberant and lively. The high-elevation, rocky soils force the vines to work overtime, enhancing this varietal’s intensity. Bold and high-toned aromatics showcase stone fruit, green apple, jasmine, and hints of pink grapefruit. Minerality shows on the palate in textural layers that curve to a focused finish with cleansing acidity. This is a Chardonnay that will benefit from aging; if you open it early, be sure to give it some time in the glass so that it can blossom fully—or try decanting it.

Produced from tiny yields, the 2015 Pisoni Estate Pinot Noir possesses an incredible combination of richness and elegance. Vibrant aromatics rise from the glass and are decipherable long before you bring your nose to the wine. Fresh raspberry, violets, wild strawberry, baking spice and forest floor fuse to develop remarkably complex expression. On the palate, the presence of acid and weight derived from the vineyard’s cold evenings and fog-blanketed mornings offers voluminous reach, producing rich texture and fine-grained tannins that lead into a beautiful, long-lingering finish. This wine will age gracefully for over a decade. Decant and enjoy it over a long meal—or lay it down to rest in the cellar.

The 2015 Susan’s Hill Syrah block also yielded a very small crop. The wine created from its grapes possesses a color dark as night and high-toned aromas both intense and elegant.  Deep blackberry, dried flowers, crushed granite, undertones of leather and spice along with hints of sage offer a powerful opening act. The structure is gentler this year, with the benefit of excellent phenolic development—a product of our earlier growing season for this vintage. Fermented with 60% whole clusters and aged in a combination of small and large format French oak barrels, this wine contains immense depth and length, along with velvety tannins and undeniable richness. 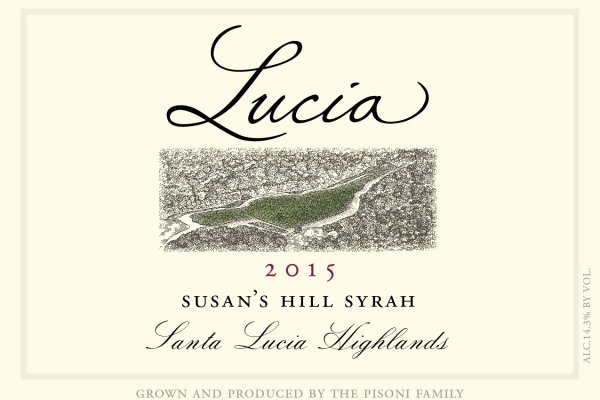