If you look closely at a bottle of Garys’ Vineyard wine, you’ll find a reminder of the easy lifelong comradeship between Gary Pisoni and Gary Franscioni: a couple of finely-drawn tractors parked below the rows of vines. Just like the toys they played with as toddlers, they now operate the full-size variety side-by-side at Garys’ Vineyard, farming grapes for Lucia—the sister label to our Pisoni Estate wines. Equally harmonious as their longtime friendship, the balance of intense fruit and elegantly woven tannins is evident in our 2017 summer release.

We are delighted to be releasing our 2017 wines from the Garys’ vineyard. After years of serious drought, we experienced a wet winter. The repeated soakings provided refreshingly high levels of ground water, invigorating vines that for the last several years have had to work extra hard to search for moisture. Jeff, our winemaker, feels that the substantial rainfall we received is partly responsible for the exceptional richness and vibrancy of the wines that comprise our latest release. That, and the fact that his brother Mark, our vineyard manager, worked very quickly with his crew in advance of a heat spike to bring in the fruit with just the right level of balance and acidity.

Garys’ Vineyard, together with Susan’s Hill at Pisoni Vineyards, and Soberanes Vineyard, encompass our Lucia wines—three estate-farmed vineyards from the Santa Lucia Highlands. If the wet weather has been new for us, what has not changed is the longstanding friendship of the two Garys who jointly planted the Garys’ Vineyard in 1997. Jeff and Mark’s father has known his friend Gary Franscioni since the two were toddlers. At that age, the boys spent a lot of time playing with toy trucks and tractors, as toddlers will. Most people eventually grow out of this activity. But as Jane Pisoni, Gary’s mother, has always been quick to note, sometimes boys will, quite simply, be boys: “They still play with tractors. The tractors just got bigger!” As farmers, their playground is no longer their backyards, but has shifted to encompass the rugged slopes of the Santa Lucia Highlands.

If you look closely at the illustration on a bottle of the wine we produce from Garys’ Vineyard, you’ll find a reminder of the easy comradeship between these lifelong friends: two tractors serendipitously parked below the rows of vines. Gary Pisoni likes to joke that he and his namesake went to the same grammar and high school as did both of their parents. It seemed only natural that when land in the Highlands came available in 1997, the two Garys would go in together on a 50-acre parcel they christened (what else?) Garys’ Vineyard. This rare partnership—a joint project not in winemaking, but in co-owning land, has been going strong for twenty years.

A deep and rich ruby color, the 2017 Garys’ Vineyard Pinot Noir impresses from the moment it’s poured. Notes of Bing cherry, violets, and blackberry crisp shine within this purity, and aromas of orange blossom and cedar add enticing complexity. The ample rainfall of the 2017 season energized the vines at Garys’ Vineyard, resulting in a wine of incredible concentration and freshness from the start. Bright, juicy flavors of black cherry, plum, and baking spice add impressive volume on the palate, while soft, supple tannin gives the wine a well-rounded structure. Lively acidity swirls amongst the fruit flavors, adding brightness that bursts from start to finish while hinting at a graceful, long life in bottle.

With each swirl, waves of the 2017 Garys’ Vineyard Syrah coat the inside of the glass with an inky purple hue. A powerful bouquet of black peppercorn, sage, and cured meat waft from the glass as the wine exhales. With a sip, the wine’s complexity and depth of flavor envelopes the palate. Flavors of dark chocolate, spiced plum, and sandalwood create a unique language seamlessly intertwined with a dense, savory structure. Whole cluster fermentation and the 132-gallon puncheon barrel aging have created a wine that will offer great power and structure in its early years, while its youthful acidity and mouth coating tannin suggest this wine’s life will extend for many more to come. 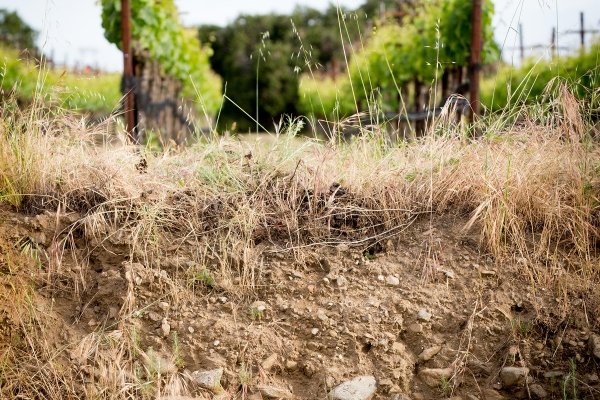 A Trifecta from Wine Enthusiast
for 2017 Lucia Pinot Noirs 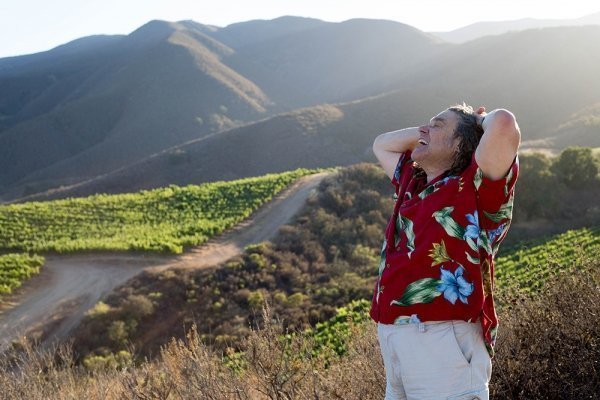